When I first read metodo ancestrale (ancestral method) on a bottle of Prosecco I thought I’d struck idyll gold. Metodo ancestrale is an old fermentation method that predates the industrial ones that democratized Prosecco and refined ones that elevated champagne into a world-renowned superstar. Its simple roots began in Limoux, France in the 16th century. 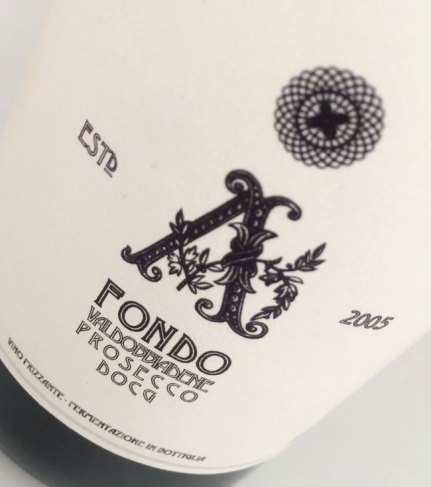 In the world of Prosecco, it’s often called Prosecco col fondo and is often organic. The important difference with metodo ancestrale is that fermentation occurs in the bottle.  These wines are rare for the time being and a little less popular in the Veneto than other regions, notably Lombardy, but increasingly Emilia-Romagna and Puglia. The irony of metodo ancestrale is that it is more popular now than ever. They’re on the sparkling side of semi-sparkling, but a far cry from a bursting bottle of coke, however in the farmiest of examples they are sealed with ‘ancestral’ aluminum soda pop caps, instead of corks.

The characteristic that makes them feely truly ancestral is that they are aged sur lie, cloudy, alchemistic and not for unadventurous sippers since they are sour and earthy. Personally, I enjoy them with crusty bread, Peperonata (w/capers) or fresh focaccia, because they often already have a toasty flavor. Any light pasta dish with toasted breadcrumbs also works. I’d love to know if anyone’s had interesting pairing successes with metodo ancestrale.

I'm a reader of anthropology of the Meditteranean. I studied at the Universities of Bologna, Ljubljana and Vienna and am curious the connectivity of winemaking in the areas of the old Venetian and Austrian Empires. View all posts by Proseccotrail