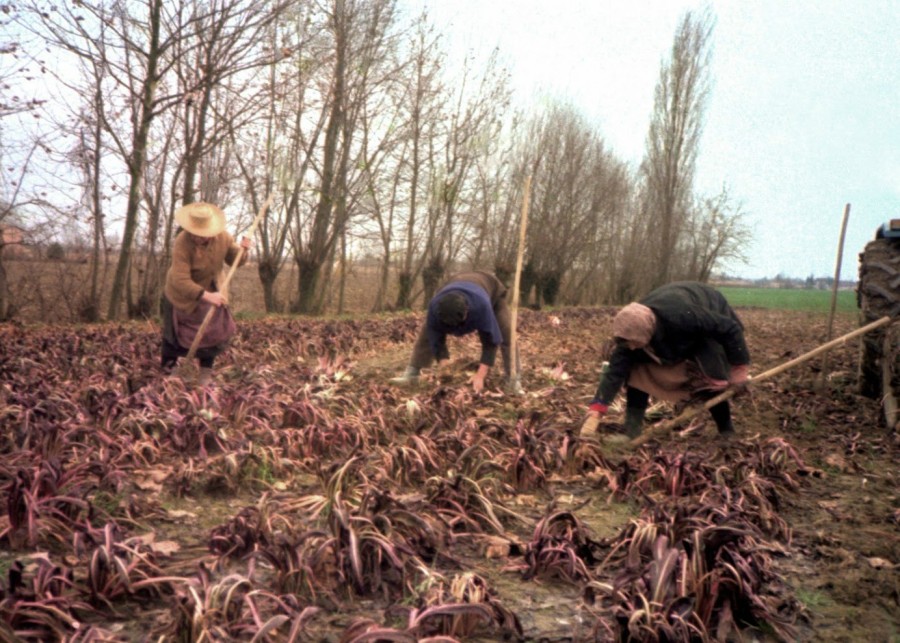 The real meaning of enlightenment can be found in the radicchio. That is my philosophy and the philosophy of the Veneto. Like wines that are classified by geographical provenance, Radicchio di Treviso has its own IGP (Protected Geographical Indication) in Italy. And a bit in the way that Prosecco is a modern invention fostered by wine chemist Antonio Carpenè, Radicchio di Treviso was engineered by one Francesco Van Den Borre, a Belgian who lived cared for the gardens of the villas in the Veneto in the 19th century, so it fits in beautifully into the Veneto’s unique interpretation of the possibilities of industry.

Treviso is the world capital of Radicchio and all across the fair city and province of Treviso radicchio is a way of life, making 6pm prosecco-time hors d’oeuvre sexier, snazzier and healthier. On the topic of health it is my steadfast, but uninformed opinion that things that are bitter are good for you. I think radicchio is my favorite place where bitter meats tasty. This farmy but elegant noble purple cabbage-like lettuce is a champion of Veneto terroir, somehow in its mermaid-like shape matching the Venetian lagoon in the way it has a tentacle in many worlds.

The confusion stirred up by la trévise which is associated with red cabbage, lettuce, chicory, radishes and has a little of all of those things in it while being its own thing is
admirable. It’s worth paying attention to because different recipes refer to radically different radicchios. Some are long and squid-like and those are the prestigious “Tardivo” Radicchio di Treviso with their own IGP.

Others are more cabbage-like and found commonly outside of Italy. They can be very good, but are less prestigious and often used in different recipes. And as pictured below, some of Treviso’s best are at the midpoint of those extremes. Beneath that confusion lies a deeper philosophy about Italian cooking. It’s all about the ingredients, so make sure you know what you’re getting.

Risotto’s, bigoli pasta, ravioli, olives, cheese and lentils are all improved by Raddicchio and perfected by radicchio and a flute of prosecco. 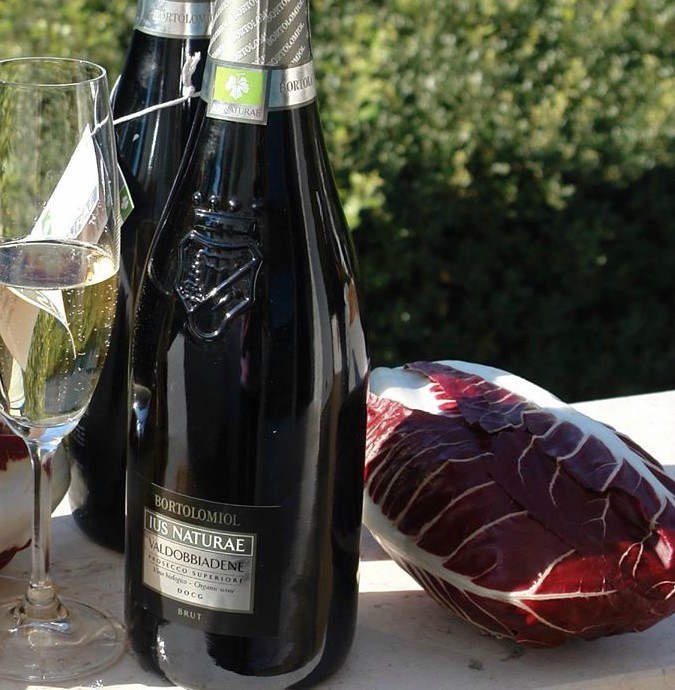 I'm a reader of anthropology of the Meditteranean. I studied at the Universities of Bologna, Ljubljana and Vienna and am curious the connectivity of winemaking in the areas of the old Venetian and Austrian Empires. View all posts by Proseccotrail